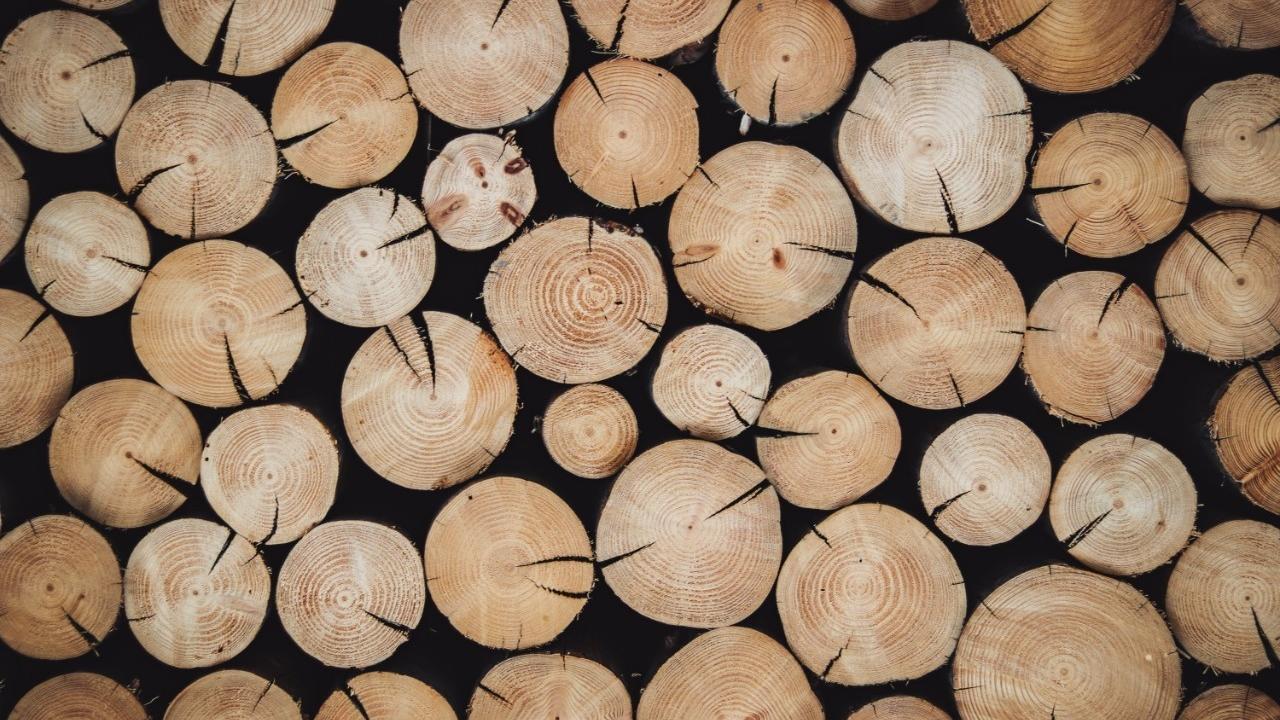 While the materials used to construct buildings are remarkably varied—bricks, thatch, stone, and more—one construction material stands out above all others in popularity: wood.

“Early humans lived under trees. As those trees fell down, they took shelter underneath the fallen trees,” professional builder and craftsman Jordan Smith explains. “ And then it wasn't long before they figured out: You know what? We can stack these to make walls or we can lean them against each other.”

From those humble beginnings, a type of construction known as timber framing came to dominate wood construction. The Horyuji Temple in Nara, Japan, built around 600 C.E., is the world’s oldest existing wooden building, and it was constructed using the timber framing method.

“So for everybody who has durability concerns about wood. we've got buildings that are still standing today that are 1400 years old.”—Jordan Smith

Until the end of the 19th century, almost all the wooden buildings of Europe and North America, with the exception of some log cabins and humbler shacks, were built using the timber framing method.

At the beginning of the 20th century, a desire to construct homes more rapidly and with less expense led to the demise of timber framing and its replacement by balloon and platform framed houses. Recently, however, the inherent beauty of these traditional timber frame structures has helped lead to a resurgence of interest.

What is timber framing?

Timber framing is a form of architecture in which heavy timbers provide structural support and are held together with wooden joinery.

While timber-framed buildings can take many forms from Scandinavian stave churches and Chinese pagodas to the humbler houses built by European settlers of the original 13 colonies, they have a few common features that cross oceans and centuries.

“Post-and-beam” is similar to timber framing, in that it also uses heavy timbers for structural support, but it uses metal joinery instead of wooden pegs.

In half-timbered framing, the timber supports are visible, but the areas between them are filled with plaster, masonry, or another material used as an exterior cladding. Half-timbered houses are most often associated with Germany, but also found throughout Europe and in parts of North America.

Learn all about the properties of wood and how wood is used in construction in the MT Copeland course on Wood Materials. Taught by professional builder Jordan Smith, the course covers topics that range from I-joists to shear strength.

One of the defining elements of timber framing is its use of carved wooden joints instead of metal nails. Some of the most common types of joinery include:

Given that timber framing has been used for millennia and around the globe, the list of different joints could go on for pages. Canadian, Finnish, German, Korean, Japanese, and other builders all having come up with their own variations passed down through the generations.

The so-called balloon frame became popular in the 19th century, when sawn lumber replaced timber in most wood construction. This method involves using long, vertical 2x4s as studs (up to 30 feet long), which extend from the sill on top of the foundation up to the roof, and which are secured by nails, rather than pegs. Wooden supports are nailed together, instead of using the joints of timber framing. The balloon name was originally a joking insult, predicting that the quickly erected walls of light lumber would fly away in a strong wind. (They did not.)

The balloon frame had plenty of advantages and many of America’s 19th- and early 20th-century houses were built using the method. Its most significant disadvantage, however, is that it’s only suited to frame houses up to two stories. It would be difficult to find lumber long enough for a three-story house and, even if it were possible to find some, a house would be structurally unsound with vertical supports that tall.

From centuries-old monasteries in Tibet to the half-timbered buildings of Germany, timber framing was used to construct some of the world’s most familiar, and beautiful, landmarks. Timber framing is not, however, just of historic interest. In recent years, timber framing construction has enjoyed a resurgence in the United States and elsewhere. Architects and homeowners have come to appreciate its solidity, energy efficiency, and aesthetic appeal and building codes are being updated to acknowledge the current relevance of this construction method.

The new timber homes combine centuries old carpentry skills with the latest advancements in technology. Where 18th-century builders might fill the spaces between timber supports with mud and straw infill, builders today opt for state-of-the-art structural insulated panels (SIPs). A combination of time-tested and innovative construction techniques also characterizes new “mass timber” projects that reach heights of up to 18 stories, with wood and wood products providing the structural support.