Types of Nails For Every Construction Project 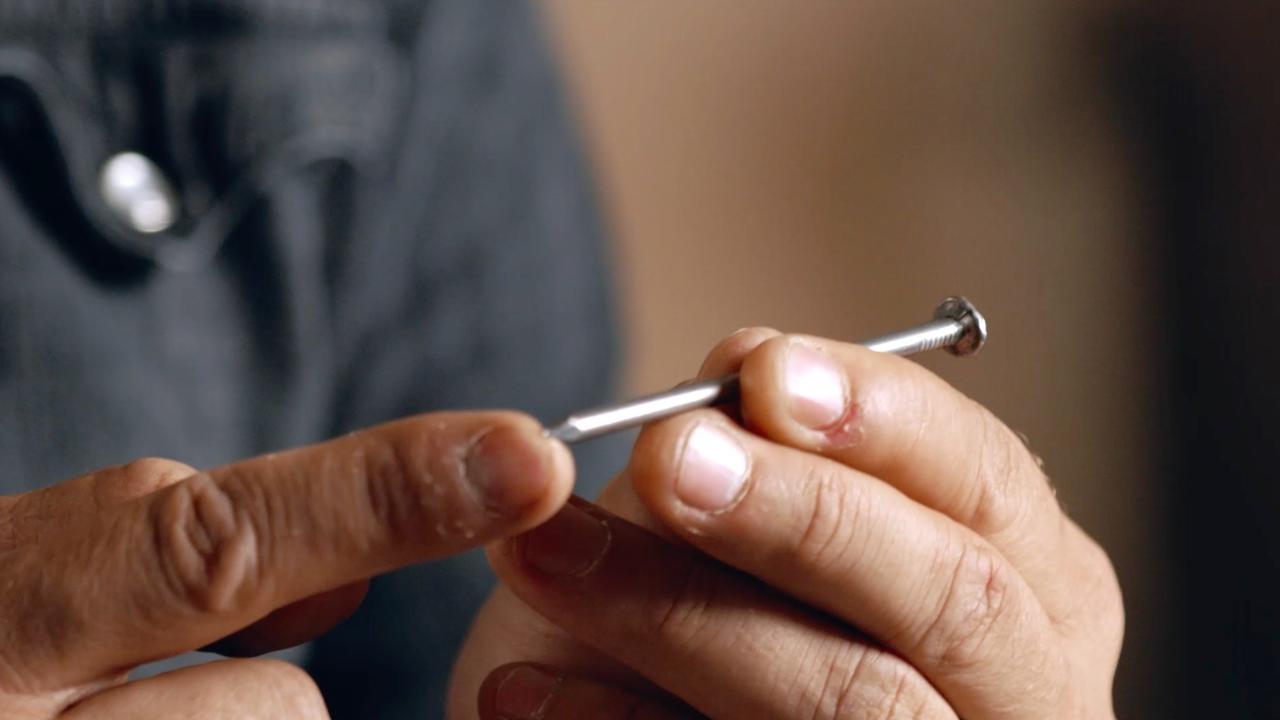 A nail may appear to be the most straight-forward item you’ll use in construction. Its design is simple: a point, a straight shank, and a head. They have been used since the days of ancient Egypt and for more than 5,000 years builders have turned to them to attach beams and joists to one another.

However, this most basic type of fastener also comes in a variety of shapes and sizes, some best suited for structural frames and others used in finish carpentry work. As professional builder and craftsman Jordan Smith explains, there are ones with “different tips, different shanks, and different heads, all depending on the purpose the nail was designed for.” 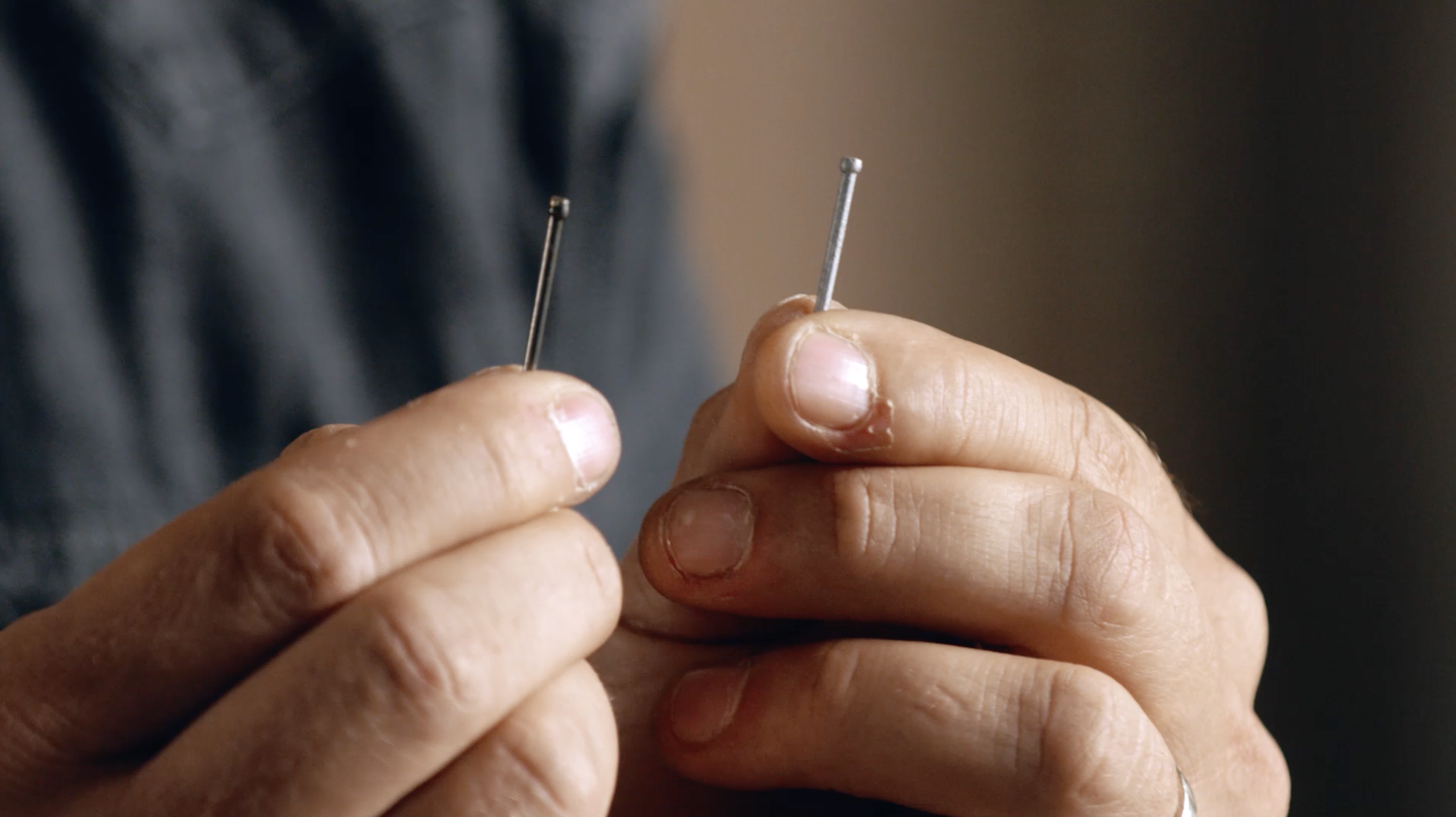 Most nails are made of steel, with several different options besides untreated steel.

This is another good option for outdoor use and is used to install aluminum siding and often with cedar and redwood. (The zinc in galvanized nails will react with those woods, making aluminum a good alternative.)

These nails are most often used on roofs as they are especially durable and resist the corrosive effects of pollution more than galvanized steel nails. They are more expensive than other options, but given that they can last for decades, they may be a better value over the long run.

This alloy of copper and zinc does not rust and so it has long been used on ships. Given their cost, they are generally only used in houses when they will be exposed and they provide a decorative accent. There are some rare situations where brass nails may be preferable over galvanized ones as the zinc in galvanized coatings may react with certain materials, for example, the copper in copper pipes.

Some specialty nails are made of other metals, though they are not common in home construction. For example bronze nails are often used in the construction of boats while iron nails are still produced, but they are mostly used for the restoration of historic buildings.

Just as the materials used to make nails can improve their performance under certain conditions, the same is true of some coatings that are commonly used. Note that if a nail is described as “bright,” that means it has no coating and is typically intended for indoor use.

A layer of zinc over steel will slow corrosion. While eventually the zinc will wear through, the rusting is delayed. There are two different ways in which zinc is typically applied:

Drywall nails are often coated with phosphate, which increases the gripping power of the nails. (Note: phosphate coated nails should not be used on treated lumber.)

Also used on drywalls and gypsum board, the thin layer of cement on these coated nails heats up from the friction when they are nailed in place, increasing their staying power.

A vinyl layer operates similarly to cement, although it has the added plus of acting as a lubricant for the nail during installation.

Nails have their own classification system, with a complete nail set ranging from 2d (one inch long) to 60d (six inches). The “d” stands for denarius, a Roman penny—a reference to how much they once cost—while the number assigned to a nail today indicates not only its length, but also the diameters of its shank and head. A 16d or 16-penny nail, for example, is 3.5 inches long, has a shank with a diameter of 0.165 inches, and a head with a diameter of 11/32 inches.

Specialized nails are often graded using the 2d to 60d scale, though they may also be sold indicating their length in inches or some other dimension.

Choosing the right size nail for your wood

As a general rule, more dense woods or hardwoods (including maple, oak, and walnut) are better able to hold nails as there are more fibers to grip the nail, though they are also more prone to splitting.

Softwoods (including cedar, Douglas fir, and pine) won’t grip a nail as well because there are fewer fibers to hold it in place. You may recognize the softwoods as ones that are especially common in construction projects; they are popular choices because of the ease of working with these varieties, including when it comes to nailing fasteners. To compensate for the lower density of fibers, however, it is necessary to use longer nails and in some cases coatings like cement as well.

12 Types of Nails Used in Construction

There is an astounding variety of nails, but described here are ones that contractors are most likely to encounter, beginning with the common nail. 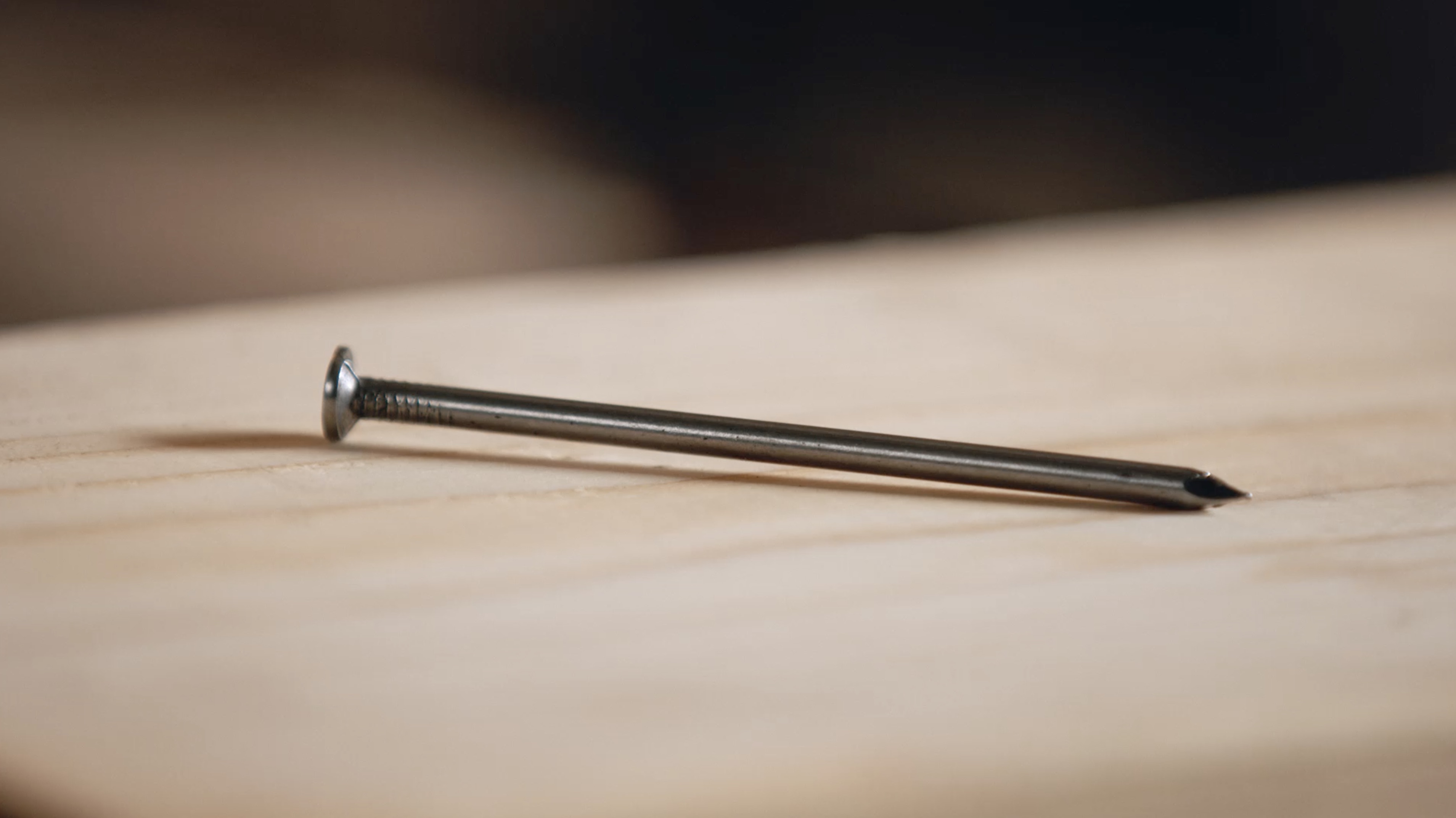 These nails, also called common wire nails or construction nails, have straight shanks and flat heads. In home construction, common nails are usually used for framing and they are typically installed with a nail gun. 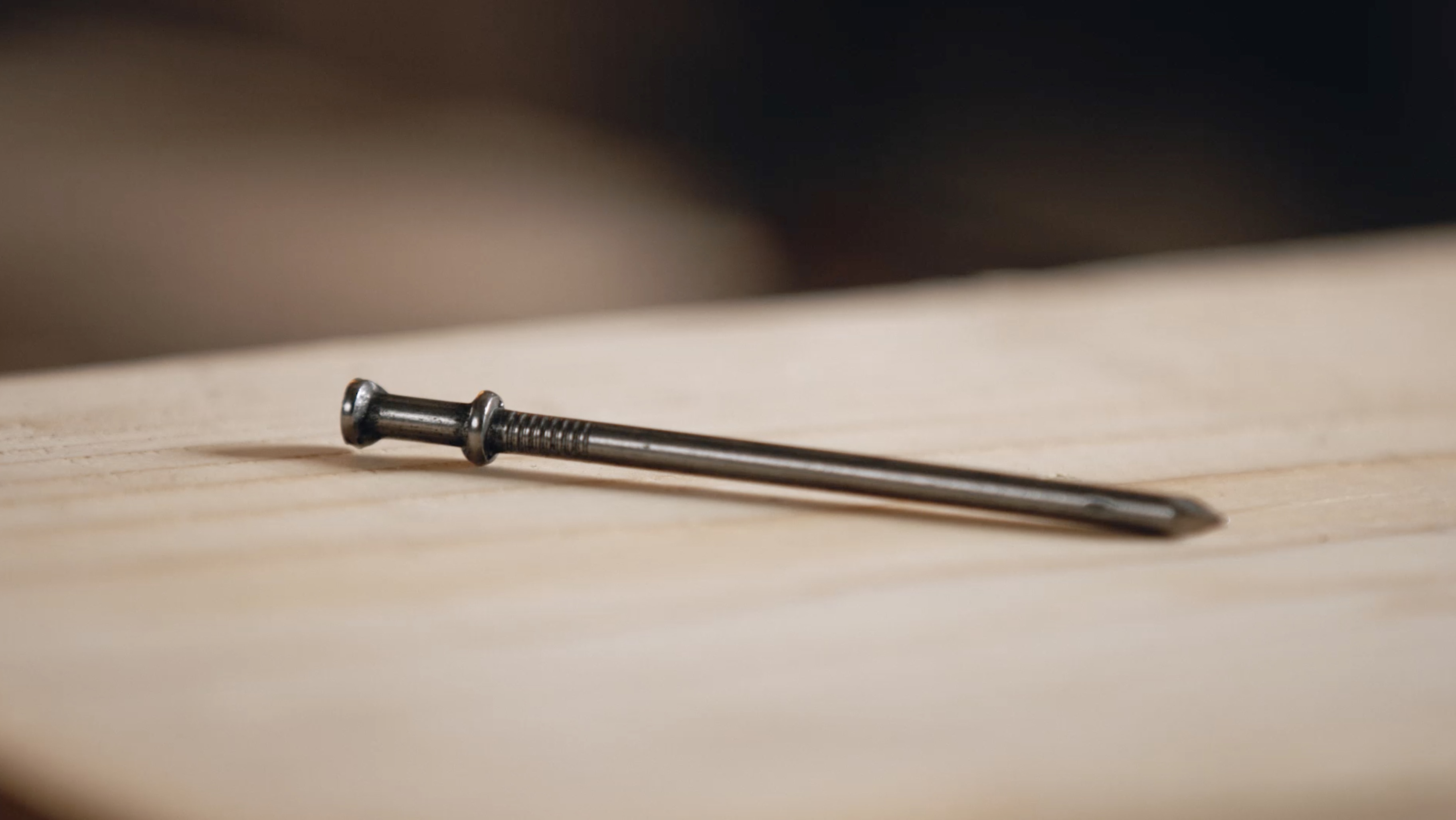 A duplex or double-headed nail appears to have two heads—or one elongated one. The lower head rests against the surface of the wood it is nailed into, while the second head is designed so that the nails can be easily removed with a hammer or nail puller. Duplex nails are used for temporary structures, like scaffolding or concrete forms. 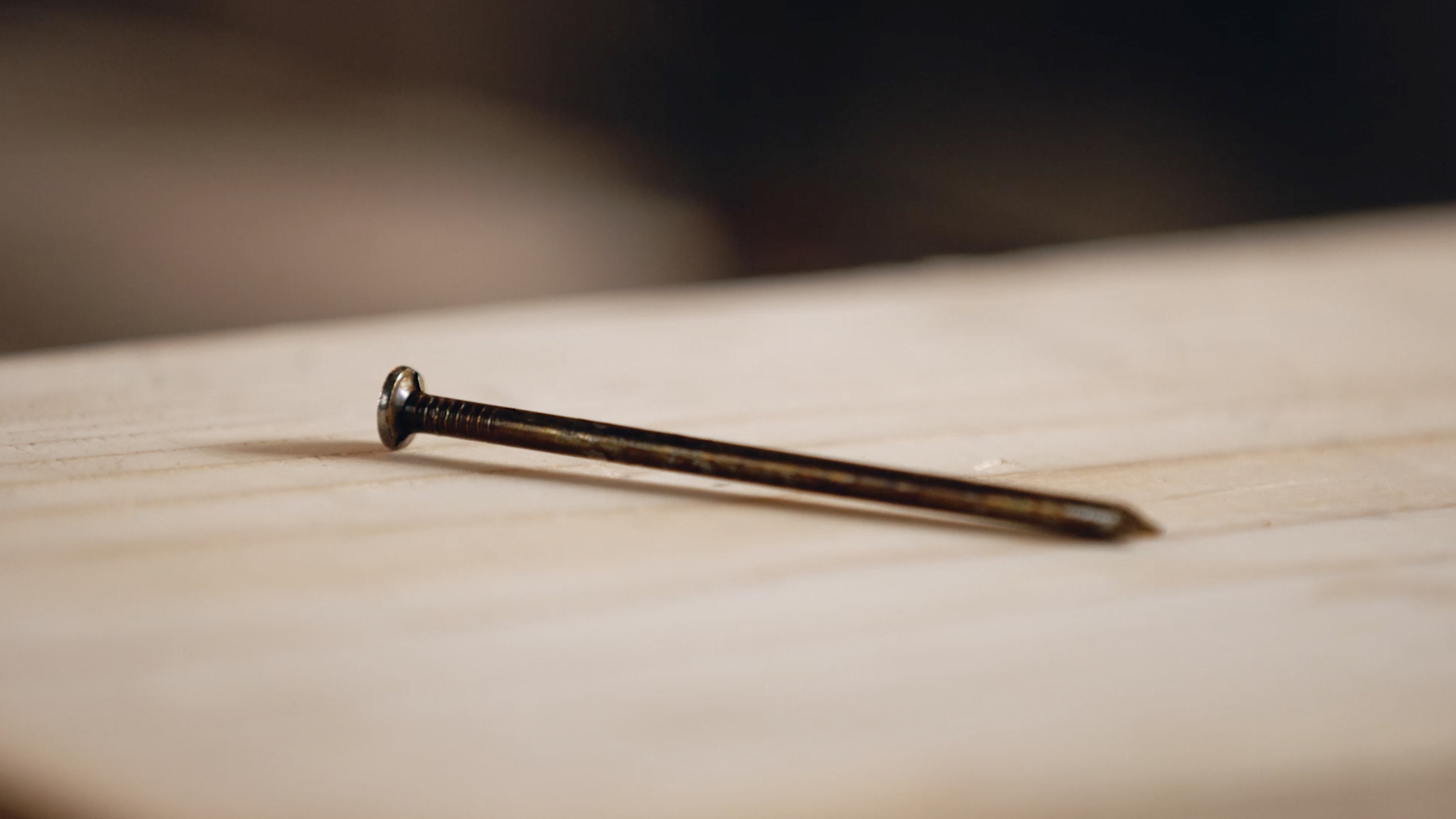 Most framing is built using common nails and a pneumatic gun, but sinker nails are short, thin nails used in hard-to-reach areas. They are usually coated either in cement or vinyl. “The friction heats up the nail, melts the vinyl coating, and makes for a smooth, easy driving nail,” Smith explains. “Once it’s set, the rings at the top help hold it in while the vinyl cools and solidifies, creating an adhesive bond.” 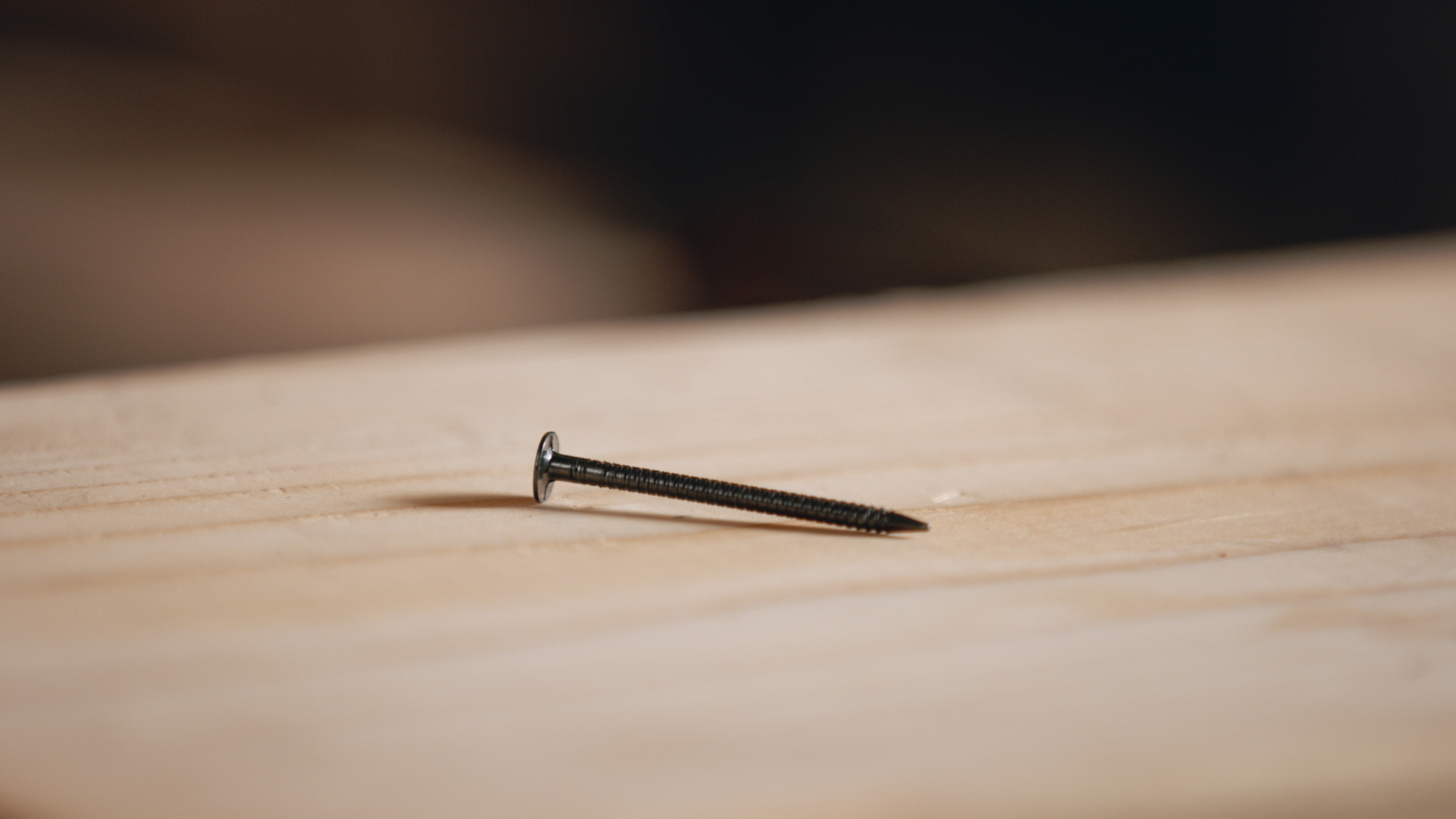 These nails are used to lay plywood floors or subfloors, either over existing flooring or atop wooden joists. They have thinner shanks, to minimize the risk of splitting, but their most notable characteristic is the rings along their lengths. They give underlayment nails some of the benefits of a screw, with greater gripping force than a straight nail. 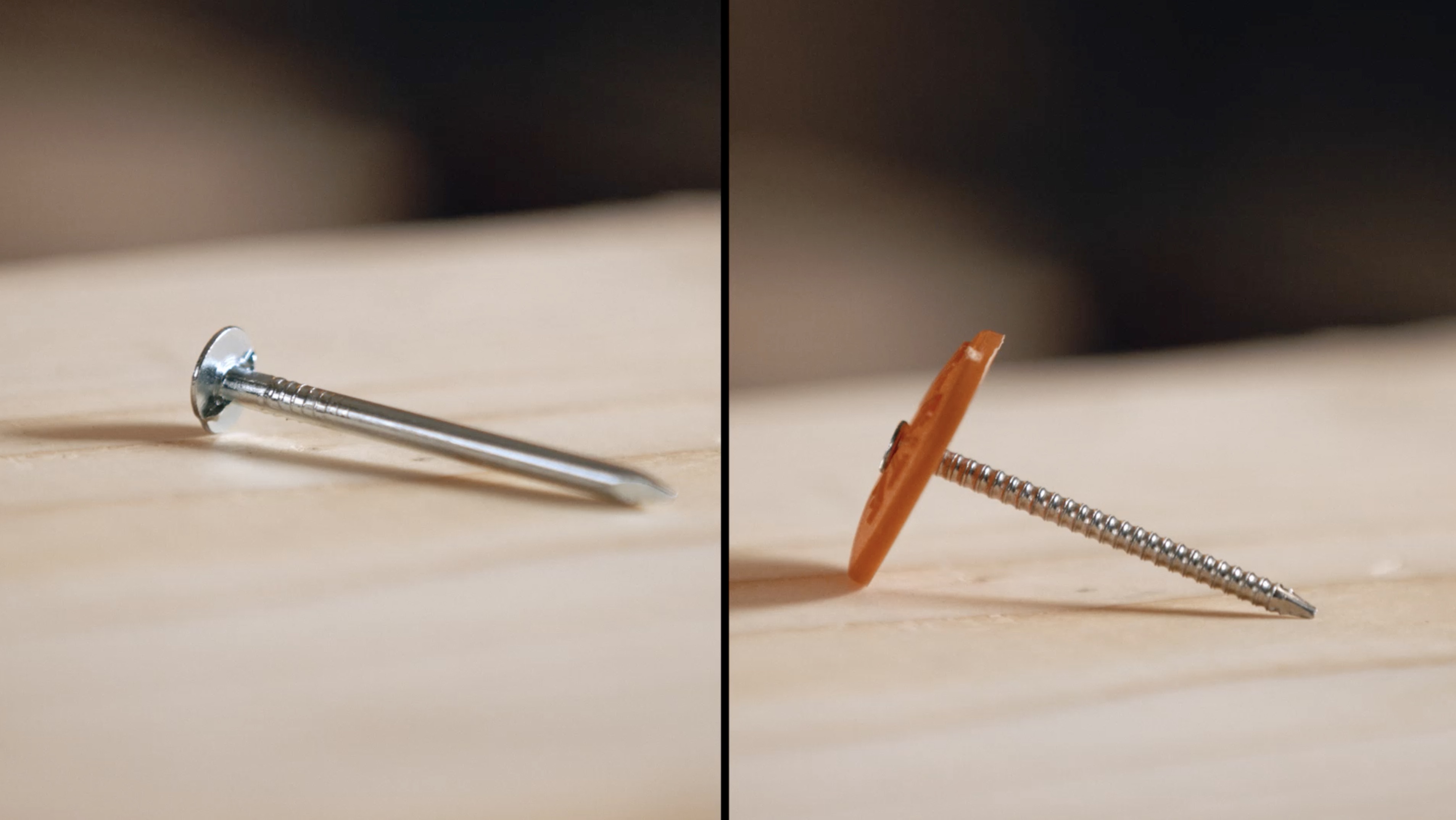 These nails have heads that are disproportionately large compared to their shanks, helping them hold shingles or other roofing materials in place. Some roofing nails have a small (often plastic) disk, not unlike a washer, underneath the head. This increases the surface area of the material that the nail keeps in place. 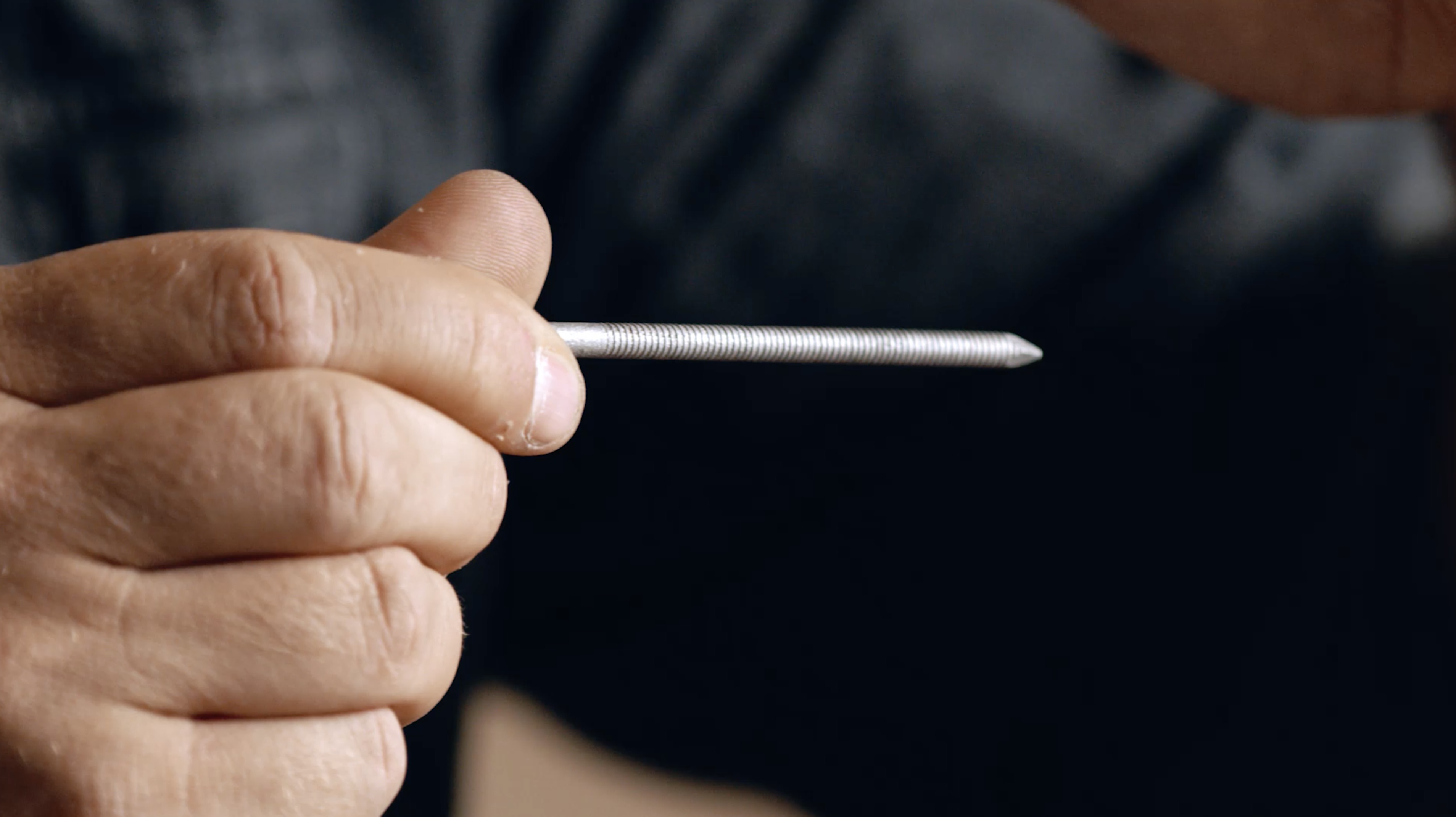 Also known as ring shank nails or drywall nails, annular ring nails have a series of rings along their shanks. When they are used with softwoods, the rings push the wood fibers out of the way when they are nailed in, and then the wood returns to its place around the rings, holding the nail in place. 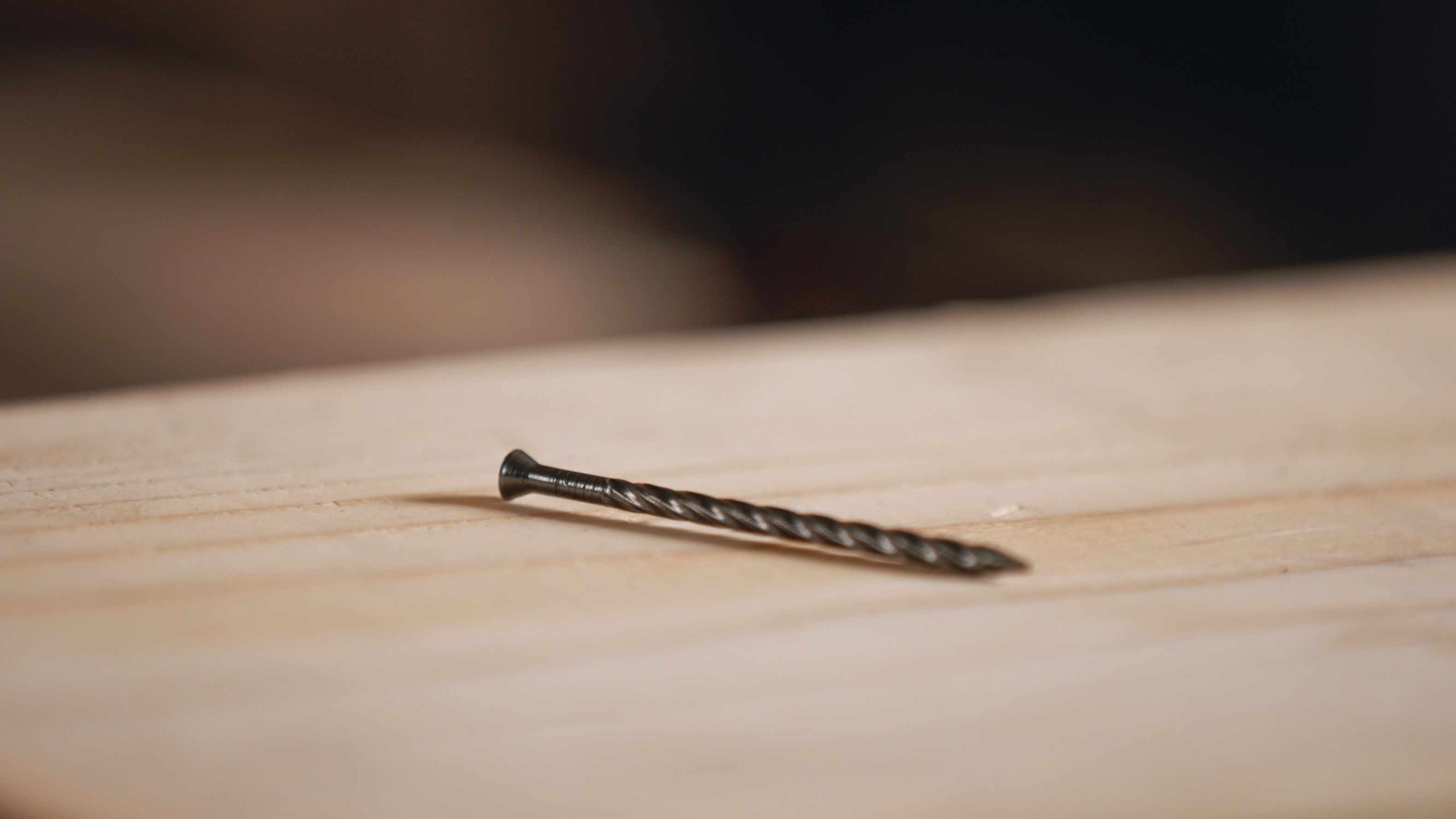 Like underlayment nails, decking nails are ringed. The design helps assure nails stay in place despite the drying and weathering conditions that decks are exposed to.

In order to drive a nail into cement or stone, you’ll need a thicker shank like those with masonry nails. They also have fluted or grooved shanks to help them penetrate the hardest of surfaces. To install masonry nails you’ll need a heavier hammer if not a power driver.

With thin shanks and small nail heads, these nails are used for trim and other small wood details. Brads are the thinnest of the three and best for situations where not splitting a piece of wood when you are driving a nail into it is your primary concern. They are used on picture frames, paneling, and narrow trim. A casing nail, the largest of the three, is used when trim requires extra support, as with window frames and casings around door frames.

These nails with very thin shanks are also designed not to split wood; their name comes from their use in building wooden boxes. They don’t offer much support and you won’t use them in situations that require structural strength. One common use in houses is when installing clapboard siding, as their thin shanks will not cause cracks.

You’ll most likely come across cut nails when working on a house designed to have an old-fashioned period feel. Also called square nails, they are cut from metal sheets instead of wire and were common in the 19th century though they are still produced today for a specialty market.